Have you considered running 360 reviews across your company?

How well do you think that the members of your team function as a unit? Having dedicated hardworking members of staff is good but the best results are only achieved when all of the members of your team are working together with each person contributing effectively in their designated role. How satisfied are you that everyone is working together well? Even with teams that you think are being highly effective, it is always helpful to receive feedback so that you can see where things can be improved and what can be done to make the team more effective.

How can a 360 feedback review help?

Have you come across the concept of a 360 review? A 360 review gains its name from the idea that feedback will be gathered on each employee from across all areas of an organisation. The 360 feedback will be gathered from the peers of the one being reviewed and placed alongside data from the employees' manager and those who report to him. The goal is to gather feedback that will indicate to the employee how their work and their role is viewed across the entire organisation. It is the all-round nature of the feedback that makes a 360 review different from a traditional employee review where feedback would generally only have been provided by the employees' direct manager.

One of the key benefits of a 360 feedback approach is that it can be used across all levels of your organisation from the newest employee right to the very top of the company. At all levels, the aim will be to demonstrate to the employee how their work impacted upon the work of others right across the organisation and contributed to the achievement of company goals.

For general employees, a meeting with their line manager is often enough to pass on the information gathered during the review process, but when it comes to manager 360 feedback, it is often helpful to bring in an outside consultant. The consultant can advise on how the feedback can be disseminated and used to strengthen the day-to-day work of the manager within the organisational structure.

Where an external consultant is used to conduct a 360 review they will analyze and share the manager 360 feedback. Later, the consultant will come together with the management team to plan future improvements across the entire department for which the manager has responsibility. 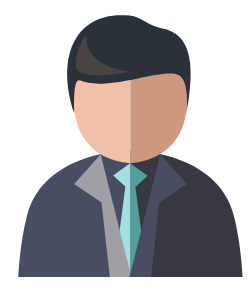 If you are new to the world of working with consultants, you may be looking for info about the process. The articles posted here are designed to provide you with all the knowledge you need. We will look at the different types of consultants which are available such as audio consultants, business development consultants, and consultants who work in the IT and construction industries. We will also look at subjects such as project planning and reporting. We have spent many hours researching these blogs so we hope they prove to be useful for you as you look to hire a consultant.